Fabrizio Parisi shows the beauty of the south Bulgarian Black sea coast in his new video. The Italian DJ reveals the unique nature from Silistar to Strandzha. The beauties of the Lipite and Listi wild beaches, Veleka’s river outfall, and the Achtopol’s mysteries fulfil the shots.

In just three minutes, the video gathers picturesque views from the Bulgarian seacoast to become the vision of the new Ethno house hit South Legend by Fabrizio Parisi, The Editor, and Dia.

A song inspired by the traditional Bulgarian folklore

Its premiere is a month after the song, inspired by the traditional Bulgarian folklore, took place in Shazam’s Top 50 songs. It was broadcast in some of the biggest national radio stations as in Greece, Turkey, Morocco, Egypt, Serbia, Italy, and Germany. 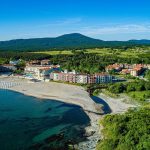 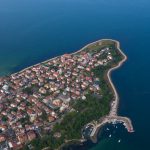 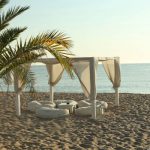 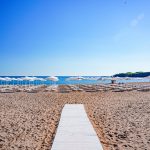 Fabrizio Parisi and The Editor have worked with unconventional artists in all their projects so far – as a vocal performance and a capturing. The South Legend‘s video affirms their original approach. Lubomir Asenov is the editor of the project. He is one of the successful sports photographers in the country and the only Bulgarian who has accreditation for Formula 1. A cameraman is Nikolay Glushkov, and the montage is made by Assen Sokolov.

Although the authentic sound, the South Legend’s music and lyrics are written in 2020 by 22 years old Dia, in collaboration with Fabrizio Parisi and The Editor.

“Centuries-old churches, wild beaches, soft mountain shapes, old fishermen boats – all that carries the spirit of the South Bulgarian seaside. A beautiful guide in this tour is the dancer Maria Dimitrova – soloist in the ensemble “Strandzha”, explain Lubomir Assenov.