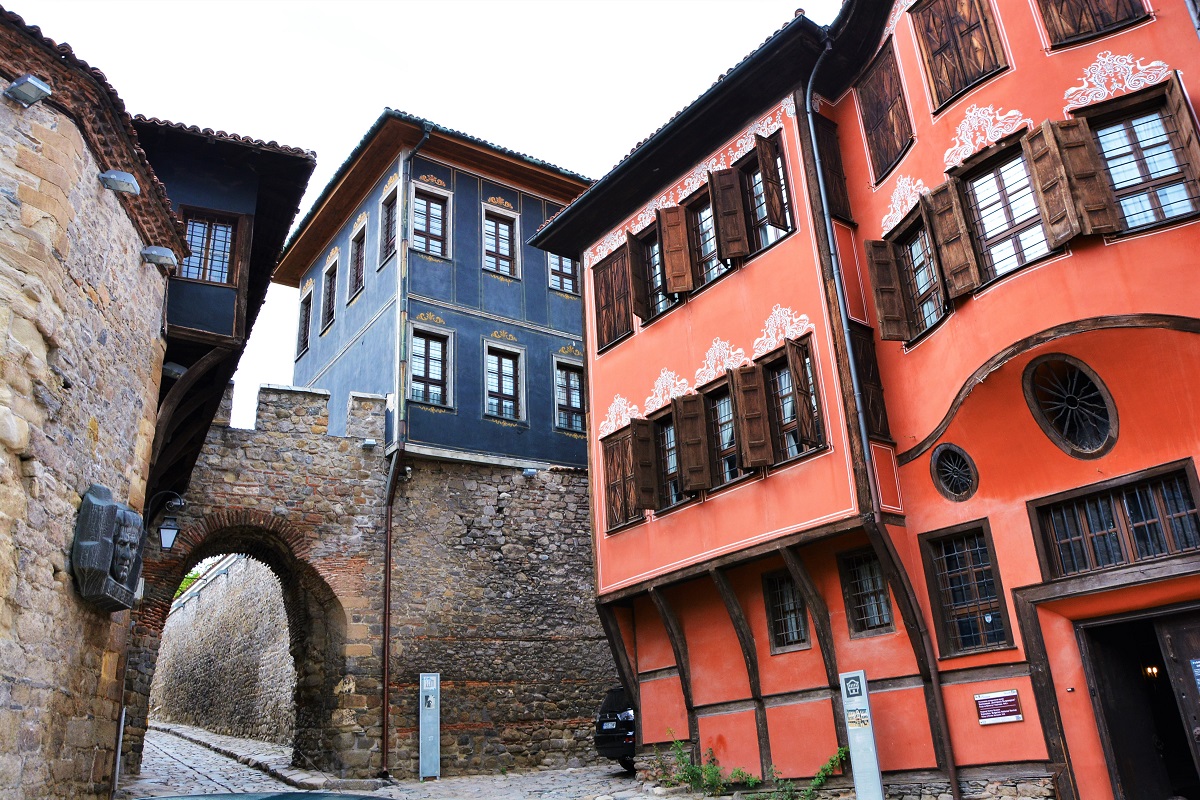 Almost three years after it was a European Capital of Culture, Plovdiv continues to be amongst the preferable destinations in the Old Continent. The town took fourth place in the Best European destinations ranking in 2022 and first in three other categories. Plovdiv is also one of the destinations we often tell about in Boiana-MG’s blog because the place is worth it. We will briefly bring to your attention a few reasons for that. The town is the oldest live polis in Europe as it is one of the oldest in the world. Its story began about 8000 years ago.

A bit of history

The first people who chose the region as their home lived in the Neolithic period. Scientists assume that the city was a contemporary of Troy and Mycenae. Ruins of a religious building from the same period were found 57 years ago. Their importance is compared with the findings of Kronos island. The Thracians contributed to the place’s cultural development and made it well-known throughout the ages.

Antiquity is a period of growth for Plovdiv. The Philip II of Macedon’s age turn the city into one of the main places in Thrace. The Ruler gave his name to the town; from that time, former Evmolpia became Philipopolis. Later, the rule of the settlement was established by the Easter Roman Empire, about IV century B.C., and that continued until the Slavic conquered it. Near 834, Plovdiv officially joined the First Bulgarian Kingdom.

Middle Ages were busy development times for the town as the whole state. Its importance was also proved after the multiple rulerships changes between Bulgaria and the two mighty empires – the Latin and the Byzantine.

The Philipopolis’s prosperity ended after it fell under the Ottoman Empire’s rule for 500 years. The culture, crafts and architecture development were restored during the Bulgarian Renaissance in the 19th century.

The intense processes in the town’s history continued even after the Liberation, when Plovdiv became the capital of Eastern Rumelia, before once again rejoining the territory of the third Bulgarian state.

Still, everywhere in the town could be seen pieces of this millennial history, complementing each other and building on them. Their combination creates an exceptional atmosphere that wins the hearts of tourists worldwide and is amongst the favourite destinations for romantic or culinary travel. But our story about Plovdiv just began.

As we already mentioned, Plovdiv is filled with history. The town is a site by its essence. Because of the optimal usefulness we want to bring with this post, we will share a few starting points that are also reasons for the town to become a leader as a cultural destination in Europe in 2022.

The Episcopal Basilica of Philippopolis

Impressive in its scale and artistic value, the basilica is one of the most prominent sights of Plovdiv. The area of the two-layer mosaics on the floors exceeds 2000 sq.m. They all have a characteristic appearance influenced by local culture and traditions. The basilica is considered one of the most impressive early Christian temples.

This part of Plovdiv is an architectural-historical reserve on three hills – Nebet, Taksim and Jambaz. Its habitation dates back to prehistoric times, with traces left by all subsequent inhabitants from the Thracian, Hellenic, Roman, Late Antiquity, Medieval, Renaissance and post-liberation eras. The Ancient Theater is also located here and continues to be used as an outdoor stage for various cultural events. If you come to Plovdiv, it is always a good idea to experience a musical or theatre evening there.

Another Plovdiv’s gem. That is the neighbourhood where creative industries thrive. The place is a centre for various events – concerts, exhibitions, and festivals, creating a unique colourful atmosphere. Its beginning was also made by craftsmen more than five centuries ago, but today, there are galleries, studios, and art spaces instead of old workshops.

The central shopping street, also a pedestrian zone, is filled with beautiful buildings from the late 19th and early 20th centuries. Besides the architecture, while walking along the area, you will see one of the two preserved mosques in the town – Jumaya Mosque and the square of the same name, as well as the remains of the rows of the ancient Roman stadium. 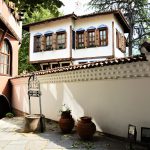 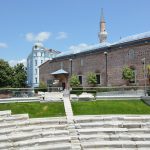 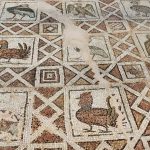 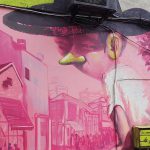 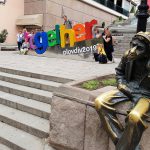 Plovdiv is also the Best Romantic Destination in Europe

The whole town exudes romance. However, certain places are perfect for dating, relaxation, and intimate experiences. But not just because of the resemblance to Rome. Quite the opposite – Plovdiv has its own romantic frequency.

Although this sports facility is the largest in the Balkans, it has a natural charm. A magnificent place to walk, to meet sunrises and sunsets. There is also a bridge where couples leave a padlock to symbolise their love.

The view from there reveals even more of Plovdiv’s charm. But this is not the only reason that makes the place preferable for walks. It is assumed that there was an Apollo temple in ancient times. The hill often becomes a scene of various events that complement its unique atmosphere.

A romantic place in the heart of the town. The birds’ and fountains’ songs, the water’s sounds, and children’s laughs create a sense of timelessness that couples share in their romantic moments. And the garden itself, without exaggeration, can be called a state-of-art. Its creator is Lucien Chevallaz – a Swiss park builder and princely gardener. The garden was built in 1892 and today continues to delight with its many beautiful objects preserved since its creation.

And to become the pleasure ultimately, we continue with the wine treasures of Plovdiv and the region. We can even make a tasting map, especially for you, containing the wineries with the best examples of local wine-producing. And their quality is high.

An organic wine, exciting grape varieties and bouquets – you will experience all this when choosing Plovdiv for your wine destination. We, in Boiana-MG, know the best places there well and can arrange a memorable tour for you.