Regular flights to Varna and Burgas start from eight new European Airports from April and May 2022.

Volotea will connect Lille and Nant with Varna’s airport. The Sea Capital is the first Bulgarian destination, to which the Spanish airline company will have flights. The route Nant-Varna starts on May 3rd, and the other begins Lille-Varna on May 17th once a week, on Tuesday.

We, Bulgarians, call it the sea Capital for a whole Century. The city has rich cultural and historical heritage and natural phenomena such as mineral springs, known since Roman times. Otherwise, the first habitat traces had back almost 4400 B.C., at the same period when the oldest processed gold in the world was dated. Odesos, like one of the ancient names of Varna was, marks its heyday in antiquity. In different periods was a part as both Roman Empire and Ancient Greece.

Like all coastal cities, the beaches and the sea maybe be the main advantages of Varna. However, the sand is fine here, and the coast is amongst the wide ones at the Bulgarian Black sea shore. 10 km away from the city lies Golden Sands resort. It is one of the preferred places for a summer holiday at the seaside.

Golden Sands is one of the leading resorts located around Varna. Because of our quarter-century holiday accommodation expertise, we found out that our hotel partners prioritise the quality of conditions and services. Because of the variety of hotels and the offers with different duration, you will find a suitable vacation. The Boiana-MG team will assist you if you have questions or want to make a booking for a stay in Golden Sands.

Bulgaria abounds with more than 700 mineral springs. St. St. Constantine and Helena resort is where people literally can dunk in that liquid natural treasure. That is also the first sea resort in the country. But for what reason do we recommend it? There are seven mineral springs on its territory, as the water composition has beneficial effects for both prevention and recovery from various health issues. Precisely because of the beneficial properties of water, high-class hotels are opened in the resort, focused on its use during a holiday in them. The water is low mineralisation, calcium-magnesium, with a temperature between 40 and 60 degrees Celsius. Its characteristics favour cardiovascular problems, problems with the endocrine system – diabetes, obesity, gout, musculoskeletal system diseases, and functional nervous system. And the enjoyment of the procedures themselves is an extra pleasure.

Why we admit the mineral water as a local treasure you can read here.

The oldest proceeded gold in the world

Although a relaxing holiday, you can discover a little bit of the local history of Varna. If you visit the Archaeological Museum, you will see its most valuable artefact – its oldest gold. The treasure is dated from the second part of the Vth millennium B.C., The Eneolithic period. It was found accidentally during construction works in the vicinity of Varna, as most of the Thracians’ findings in Bulgaria were discovered too. It contains around 3000 objects made of pure 23,5-carat gold with 6 kg total weight. Due to experts that treasure from the Ancient world has no analogue in archaeology, therefore it is no coincidence that this unique find was declared the archaeological discovery of the twentieth century!

On a hunt for truffles

A specialised truffle farm operates nearby Albena resort, northern from Varna. The search for those culinary ingredients from the woods becomes an adventure – a real truffle hunt. Two trained Cocker Spaniel dogs are primary hunters. After intensive exploration around the lands, the experience finishes with a tasting in the open-air farm restaurant. The hosts serve a variety of bruschettas with white and black truffles based on olive paste, with mushrooms or cream and cheese. There are also chocolate candies with pieces of white and black truffles. Products with the farm’s label Thracian truffles own a certificate of origin and guarantee of suitability according to European standards. 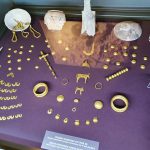 The oldest proceed gold in the world 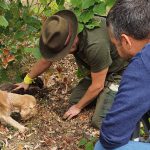 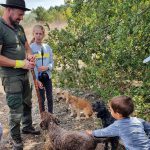 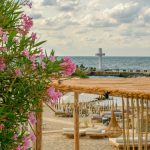 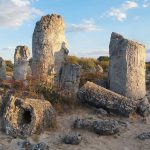 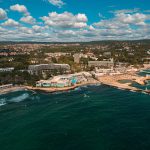 New air routes to Burgas too

The Irish Ryanair expand the list with European destinations to and from the airport of Burgas. In April will launch flights to three key Polish cities – Warshaw, Gdansk and Krakow. Burgas also becomes a starting point to Budapest, Vienna and London. First flyings are set on the 9th, 10th and 11th of April.

This island, located in the South Black sea aquatory, is just a half-hour away by sea from Burgas. The tourist boat departs from the city Sea Station and makes three courses a day if suitable weather conditions. The only surviving medieval island monastery in the Black Sea is there. The lighthouse on the island was built by a French company in 1889.

Strandja is Bulgaria’s largest natural preserved territory, where unique ecosystems and species, folklore and historical heritage can be found. The rock sanctuary Begliktash (translated as a “tax stone”) is located not far from the Ropotamo reserve with the river of the same name. The second-largest bird route in Europe, Via Pontica, passes over it.

Pomorie and the healing mud

The mud in Pomorian lake is just one of the natural treasures found in Bulgaria. The healing baths contain mud help for over 45 different medical conditions. ‘Pomorie healing mud is estuarine, and its formation is a slow process. A millimetre mud mass in one year The lye is the final product in salt extraction, and its healing properties are due to its rich mineral and organic composition. And the salt mineral water is extracted 70 meters below sea level and includes almost the entire Mendeleev table. It even contains more chemical elements than the water in the Dead Sea!’ – the experts explain.

The most famous Bulgarian sea resort is often compared to Ibiza and other world resorts where parties are endless. But the nightlife is just one part of the look of Sunny Beach. It can also be a wonderful place for a relaxing vacation. There are also high-quality hotel services, greenery, clean golden sand and a beautiful sea.

In fact, these are just a few of the exciting places that Bulgaria can boast. If we have aroused your interest, contact us, and we can organise a truly memorable trip to the country. 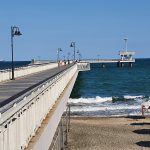 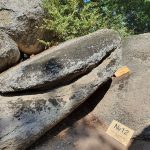 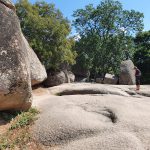 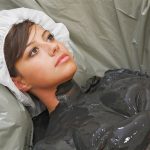 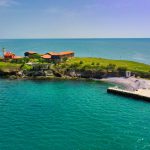 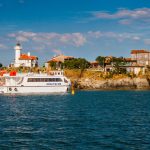 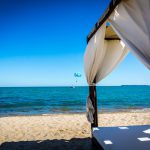 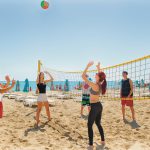