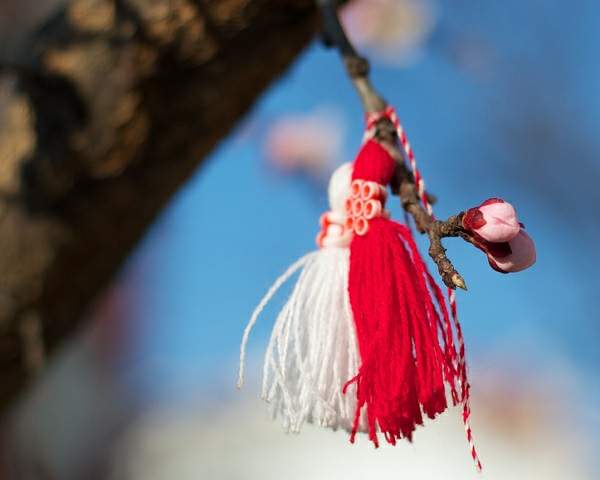 The exchange of martenitsi on the first day of March, also known as Baba Marta’s Day, is one of the unique traditions in Bulgaria. The locals give these two-coloured little amulets like a gift to each other every year on this day. If you are in the country during this period, you’ll receive a martenitsa too. The giving of it is a way people wish health and luck to everybody else – friends, family and etc.

The martenitsa itself is a small piece of an adornment, made of white and red yarn. Typically it has two little dolls – a male and a female, named Pizho and Penda. After put on the wrist like a bracelet or on the clothes like a small brooch, people wear them until they see a stork, swallow, or budding tree (or till the end of March).

The two-colour traditional amulets are the heralds of the upcoming spring and the birth of new life. The white colour symbolizes the purity, the red one is a sign of life. Some experts assume that the custom might have the aim to remind people of the constant cycle of life and death, the balance of good and evil.

In the Bulgarian folklore the first three months of the year have their typical human form. January is “Golyam Sechko” (“Big Cold”) because of the severe winter weather, February is “Maluk Sechko” (“Small Cold”) because is the shortest month of the year, but also could be forceful. They are younger brothers of “Baba Marta” (Grandmother Marta, a human form of March) and often make her mad with their mischiefs. For that reason she is unpredictable and her anger often is connected with the sudden changes in the weather.

The legend relates that in Seventh Century after the battle of Ongal between the Bulgar Khan Asparuh and the Byzantines, resulted in a decisive Bulgarian victory, the Bulgarian Khan sent eagles with white threads to announce the victory to his main camp. The threads turned bloody during the flight, thus creating the first Martenitsa.

In the last few years was created a global event named “Project Martenitsa”. Annually on the 1st of March Bulgarians who live around the world pick a tree in their cities and decorate it like a big Martenitsa. Their aim is to provoke the curiosity of locale people to this ancient tradition. The idea started in the Australian city Brisbane in 2011, where on the central “King George” square was made the first Martenitsa tree. 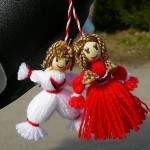 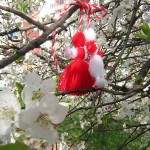 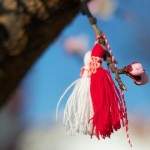