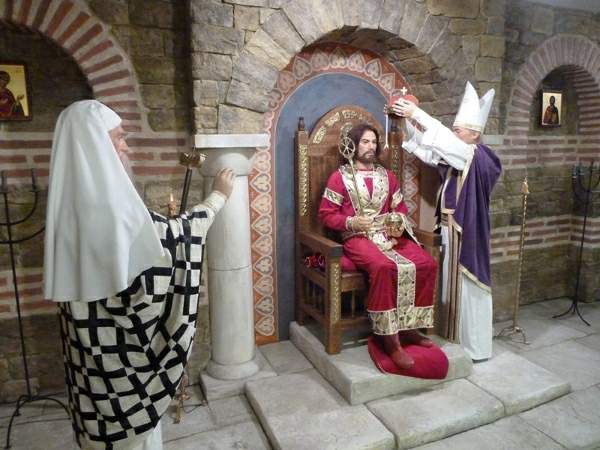 The newest attraction in the old capital of Bulgaria – Veliko Turnovo is the museum of the silicone figures. It is situated in the Multimedia visitor center “Tsarevgrad Turnov”. 28 plastic figures, made of silicone, with sharp details, dressed in replicas of authentic costumes, are representing scenes from the live of the most famous Bulgarian rulers from the period ХІІ-ХІV century, as well as of the live of the boyars, soldiers, craftsmen, monks, etc. As it’s known, Bulgaria is reaching remarkable growth, military and spiritual uplift during the Second Kingdom. During the reign of Tsar Ivan-Assen II Bulgaria, as well as during the reign of Tsar Simeon I, again is neighboring with three seas – Black, White and Adriatic.

The visitors are going to see how the Throne Hall of Tsar Ivan-Assen II had been looking like, where he is represented with his wife – Irina Komnina and with the Bulgaria Patriarch – head of the Bulgarian Orthodox Church. One of the most remarkable scenes in the exposition is the end of the battle by Adrianople (currently known as Edirne) in 1205, when the Bulgarian king of Kaloyan, presented on horse is taking into hostage the Latin Emperor of Baldwin of Flanders. During this battle the Latin soldiers, dashing at the Crusade towards Jerusalem, had suffered hard defeat from the Bulgarians. You could see the same king – Tsar Kaloyan, in another scene – during his coronation from Cardinal Leo, sent by the Roman Pope Innocent III in October 1204. The nowadays grave of Kaloyan is in the Holy 40 Martyrs in Veliko Turnovo, where were coroneted all Bulgarian kings.

Amongst the figures is represented also a boyar family, as donators for the establishment of a church. In the scene the boyar is making the cross sign in front of an icon, and behind him are his wife and his child. In another scene is shown a white-headed monk, writing the story of the Old capital. Brick layers are building new stone building at the “craft street”, a potter is modeling beautiful ceramic vessel, a blacksmith-armorer is grinding a sword.

Amongst the garments, characteristic for this historical period, a chain armor of a Bulgarian warrior is shown – its weight is about … 20 kilograms!

The organizers of the museum has the idea to include on later stage animators, to give possibility to the visitors to change in the clothes and armors from this epoch and to make pictures with them. The exponents are arranged on the background of wall paintings and special sound effects and music.

In contrast to the wax figures in the authentic London museum of Madamme Tussot, the exposition in Veliko Turnovo is made by special technology, by clay and American silicone, with strong resemblance of human skin. After adding further small details: wigs, moustaches, eye-lashes, etc., the effect is tremendous – it is like you see a living person in front of you!

Author of the figures is the sculptor Boris Borisov.

The working hours of the museum are:

The entrance fee is 10 leva per adult and 5 leva per children and retired. There is a ramp and elevator.

*Boyar – person from the local aristocracy in ХІІ – ХІV century. 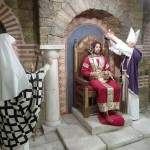 The museum of the silicone figures 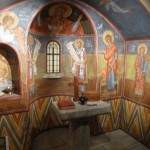 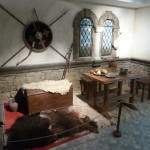 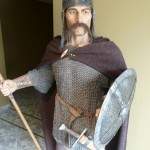 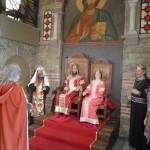 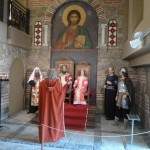 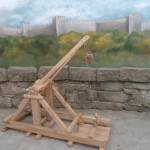 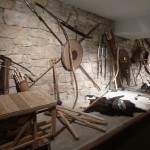 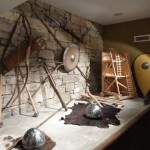 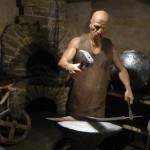 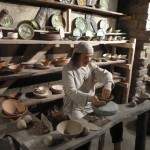 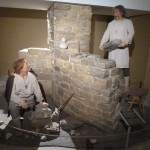 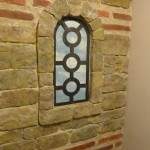 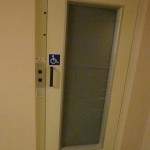 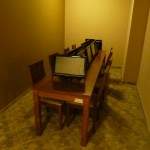 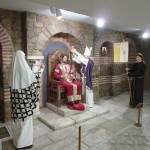 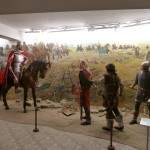 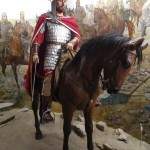 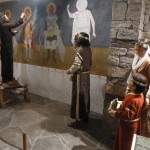 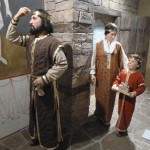 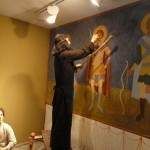 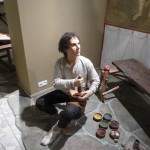 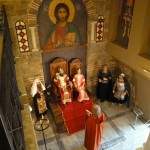 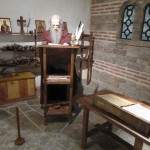 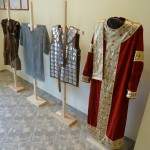