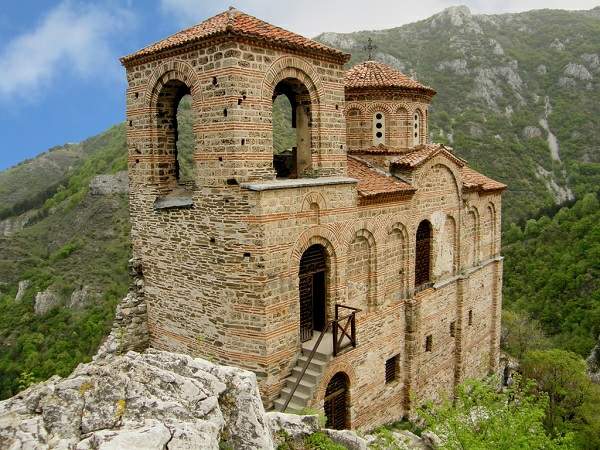 For more than 1300 years of existence, The Bulgarian state has its glorious times. We had selected 10 fortresses that have what to tell you about these periods.

The fortress is built upon a unscalable rock in the beginning of the pass that connects the Northern with the Western Thrace. The only access to the stronghold is from South-West, where is built the only wall equipped with later fighting crenels. First written information about the fortress has been dated from the statute of the nearby Bachkovo monastery, found in 1083. In 1231 Ivan Asen II, King of Bulgaria (ruled the fortress between 1218 –1241) made the biggest enlargement of the stronghold confirmed by an inscription hewn into the rock. From there the fortress was named as Assenova krepost (Asen’s Fortress).

The stronghold is situated few kilometres away from the Rhodopean village of Dorkovo. There were found ruins of a Thracian settlement, foundations of few churches, water reservoirs, a basilica, houses, and necropolis. In its actual mode, the fortress was built between ХІ and ХІІІ Centuries. In 1979 was found a unique marble relief of the Apostles Peter and Pavel. The valued finding is preserved in the Hermitage in Saint Petersburg. Throughout the Middle Ages, Tsepina Fortress is one of the most famous Rhodopean strongholds.

The stronghold is located East from the town of Provadia, near to the Black Sea coast. In the historical annals, the fortress is known with few different names. The oldest one is Byzantine Provat. The Bulgarians have been called it Ovech, and the Ottomans – Tash Hisar (stone fortress). The archaeological studies specified that the stronghold has been used from ІІІ Century till the first decades of VII Century, and later from Х–ХІ Centuries till ХVІІ Century. Thracians, Romans, Byzantines, Bulgarians, Turks had lived in the fortress consecutively. During a walk around the fort can be seen also the “talking” draw-well, 79 meters deep, Metropolitan’s church, the prison, the tower with devil’s path and Kalugerskite dupki (The Monks’ holes).

The Mediaeval Krakra Fortress is located upon a small rocky table-land in the south-west part of the town of Pernik. The preserved remains outline a polygonal stronghold. It is considered that the fort is built at the time of ruling of Khan Omurtag (814-831). The fortress’s wall is 2 meters thick. The fortress’s outlines follow the table-lands natural curves. The archaeologists found ruins of a fortress that has been existed even in VІ–V Century B.C. Its history is mainly connected with the Boyar Krakra of Pernik – a Bulgarian commander had lived in X-XI Century. He has been a ruler of the fort and the settlement Pernik in the beginning of the ХІ Century. There are spectacular views from the fortress to the country of Kurvavoto (The Bloody). According to the legend in 1016, the Krakra Fortress resisted against an the 80-day siege, when many Byzantine had been killed. Their blood had coloured the area in red what become the reason for its name.