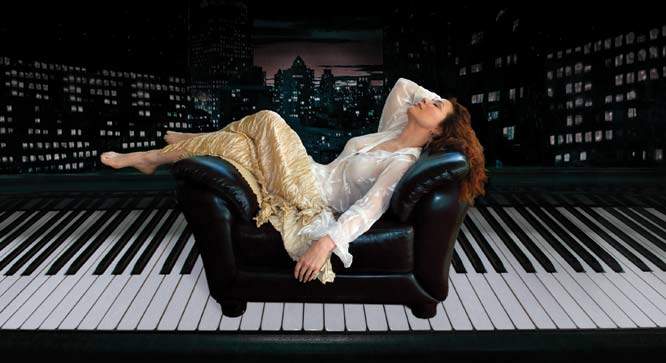 The 14th International Jazz Festival will be held from 6 to 13 August in Bansko. 231 musicians from 17 countries will play on the stage of the most dynamically developing Bulgarian ski resort. It is expected that nearly 10,000 people, including many foreign tourists, to enjoy the summer vacation jazz, that became emblematic for the resort.

Traditionally, the festival will begin with a concert of the Big Band of Bulgarian National Radio with special guest singer Vassil Petrov (the Bulgarian Frank Sinatra). The scene on the Nikola Vaptsarov square will be opened two days earlier by a concert of the famous Bulgarian singer Lili Ivanova.

The Jazz festival will be visited, like other times, of legends of this genre. One of the biggest stars of the American jazz Jackie Ryan will appear on stage with the legendary pianist Larry Vuckovich and his trio. The British group Eyses Jive will visit Bansko,too. They were recently awarded with the prestigious Silver Telly Award for their hit song Bring Me Sunshine. The clip of the song is viewed by over 1 million visitors on YouTube. Guest of Bansko will be the author of the famous hit In The Summer Time – Ray Dorset, founder of the group Mungo Jerry, too.

During the festival there will be midnight Jazz from 23:30 to 02:30 in piano bars in the hotels Grand Arena Kempinski, Perun Lodge, Florimont and Banderitsa.