After a pause of many years, the only in Bulgaria preserved royal castle have been opened for tourists. This is the royal complex of Evksinograd near Varna – the first rural residence of the Bulgarian kings from the epoch of the Third Bulgarian Kingdom.

Once, this place was deserted and stony, dotted with screes and bare rocks. The road towards it, though, had been passing through magnificent gardens and vineyards on the whole way to the crystal clean sea, spread out under the high coasts. The idea to establish here summer palace belongs to the then head of state of the liberated from Ottoman yoke Bulgaria – Prince Alexander Battenberg. He is the one who put the basic stone at 15 August 1882, too.

The Royal Complex is situated over 850 decares, two-thirds of which are taken from the building of the palace and the adjoining park. The rest part includes the port with the lighthouse, the royal stable, the farm buildings, the greenhouse, the vegetable and fruit gardens, the vineyards, the wine house, the hotel part and the beach, as well as the St. Dimitur Temple – the patron of the complex and inheritor of the former monastery of the same name.

It is just in the Evksinograd, where the prince Battenberg issued the decree for the legalization of the Unification of Bulgaria in the year of 1885. Till that date the liberated country was torn to Principality of Bulgaria and Eastern Roumelia. Their unification has the same effect like several decades later similar act had ended the division of Germany. After the abdication of Battenberg the State bought the estate in order to present it as a gift to its next ruler – Prince Ferdinand. In this moment the Princess Maria Luisa had given to it the name Evksinograd due to the ancient Greek name of the Black Sea – Pontos Evksinos (hospitable sea).

The Palace is built by a project of the Swiss architect Hermann Mayer on the analogy of the French castles in ХVІІІ century. On the first floor are situated the drawing rooms, the Music salon, the Mirror hall, the Dining room.an original collection if ancient clocks id preserved. The enormous chandelier, decorated with golden lilies and royal crown, is a gift to Ferdinand from the Bourbon family. On the second floor are the chambers of the Royal family, and on the third – the rooms of the servants.

The park is a real paradise garden, which is very alike the Versailles’s Parks. In order to cover the bare screes, they had brought with oxcarts earth and fertile soil from valley of Kamchia River. More than 300 plants were carried from South France. Nowadays the park is charming with its magnificent roses, rhododendrons and azaleas, with the lake with water lilies and the statue of Neptune. The brush of the nature had added also the English park, the river with picturesque bridges, the promenade and the unique sun clock, gift from Victoria, the British Queen.

After the establishment of the communist regime in 1944, the Palace is nationalized and turned to governmental residence, which is its current statute nowadays. During that time is built the so called Sunny Bungalow- a house of two floors, with swimming pool and small beach, where nowadays are resting the President, the Prime-Minister and the Chairman of the Parliament.

The hotel part of the complex is opened for ordinary people, except in July and August (when the State rulers are resting). The prices of the accommodation are not so different than the ones in the resorts near Varna.

The wine-cellar of Evksinograd is with enviable glory. The biggest barrel in it is for more than 3 tone of wine. 12 types of white wine are produces there (we recommend Vrachanski Musket and Gewurztraminer), as well as the famous grape rakia (brandy) of Evksinograd and 7 types of cognacs (the indisputable winner here is Evksiniak). You could buy wines from the factory shop of the cellar, situated at the entrance of the Royal Complex.

Boiana-MG Travel Company is organizing visit of the residence with wine-tasting of Evksinograd’s wine every Monday. Grab this opportunity! 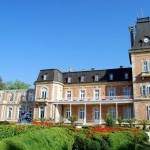 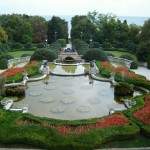 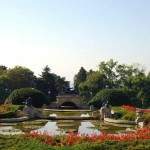 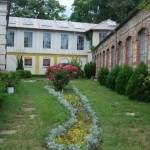 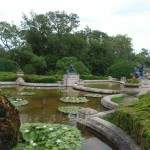 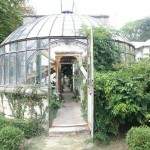 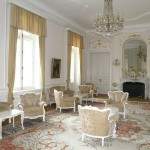