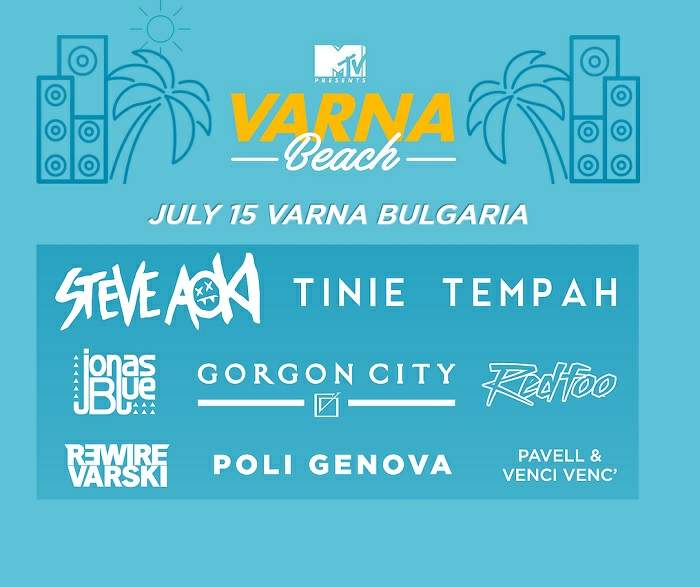 will be held on 15th of July (Saturday) on the Varna beach. That is the first big international production that famous music channel organizes in Bulgaria.

As a part of the MTV presents VARNA BEACH, a special show will be broadcasted globally by the leading international MTV channels.

More fantastic artists will be announced soon the organizers promise.