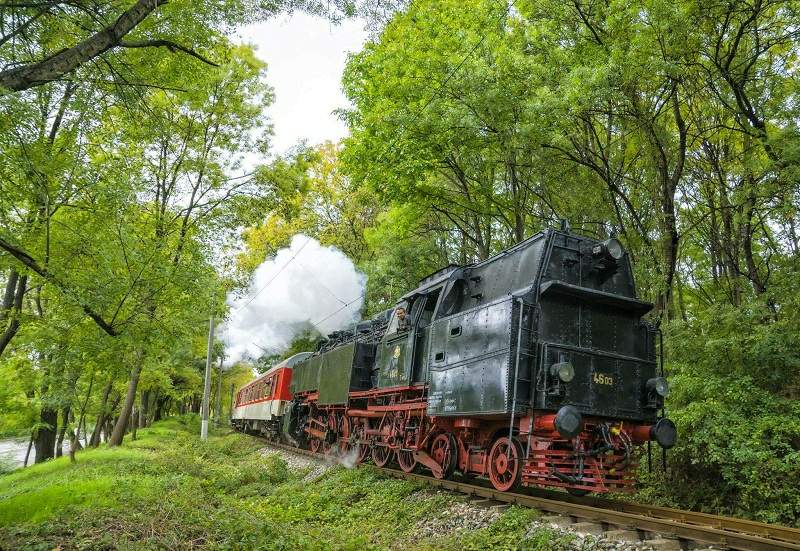 A new adventure railway trip with a steam locomotive will be launched on the St. George’s Day (6th of May) between the beautiful Bulgarian towns of Gorna Oryahovitsa and Tryavna. The steam locomotive, also well-known as Baba Metsa (Grandmother Bear), is one of the 16.27 series, produced in 1948.

is amongst the two of its kind in the world, which is still performing its duty on rails. The other one is located in Luxemburg. The Royal carriage of the Crown Express, used by the H.M. Boris III, will be set as a part of the train. It will be open for visiting during the whole journey.

The train will move off the town of Gorna Oryahovitsa (at 09:40 on Sat, May 6) and will pass through Veliko Tarnovo, Dryanovo and Bacho Kiro, where passengers will have the opportunity to visit the Dryanovo Monastery. The final point of the trip is the town of Tryavna. On that day, the tourists travelling with the train can join to the festival “Woodcarving Days”, which is held there for three days, starting from 05.05-07.05 with different public events.

Previous adventure railway trips with the retro steam locomotive were on the 8th and 9th of April, a week before Easter.

There are two upcoming adventure journeys – on 24th of May (the Day of Bulgarian Education and Culture, and Slavonic Literature), and on 1st of June (the International Children’s Day). The first one will travel especially for the students between Sofia and Bankya. On the same day there will be two more trains passing through Varna and the first capital of the Bulgarian Kingdom (681-893) – the town of Pliska. The itineraries on the International Children’s Day will include the town of Koprivshtitsa and other towns of the Bulgarian Revival.