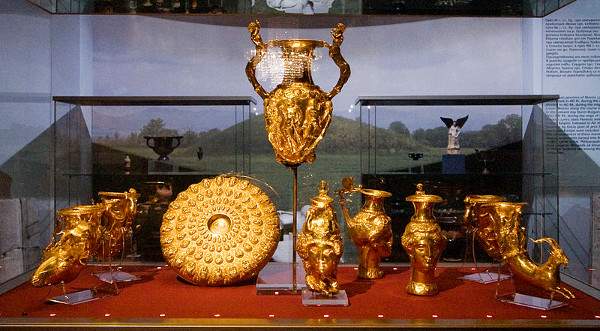 “L’Epopée des rois thraces. Découvertes archéologiques еn Bulgarie” (The Saga of the Thracian kings. Archaeological findings in Bulgaria) – This will be the name of the exhibition, which will take place in the Louvre Museum in Paris, from 15.04.2014-20.06.2015. The 325 exponents and 1628 objects are going to be presented in four of the halls of the world-famous museum.

They are going to show to the French public, as well as to the numerous foreign tourists, visiting the Louvre, the most valuable artifacts from the heritage of the Thracians, the most ancient culture of Bulgaria. For this exposition are selected objects from the collections of 70 Bulgarian museums: ammunitions, weapons, fineries, wine vessels, etc., owned by the different Thracian tribes, inhabiting the nowadays territory of Bulgaria. It is of no doubt that the most interesting will be the Panaguyriste Golden Treasure, which was estimated from the insurers at 50 mln. EUR, as well as the bronze head of the Thracian King of Seuthes III (30 mln. EUR).

The treasures of the Thracian kings

The Thracians, together with the Indians, were recon as the most numerous nations in the Ancient times. Homer had written for them that they are perfect fighters. Let us remember that the leader of the biggest rebellion of the slaves against the mighty Rome – Spartacus is Thracian.

The Thracians had not left their own literacy, but on the other hand we had inherited phenomenal jewelries, which are impossible to be reproduced nowadays. Also unique are the wall paintings in the Thracian tombs, found mainly ate the Valley of the Roses and the Thracian Kings – located round the Bulgarian town of Kazanluk. They are presenting details of the way of living, as well as of the characters of this ancient civilization in the Southeastern Europe.

Together with the demonstration of the Thracian heritage, the visitors of the Exhibition are going to have the possibility to get acquainted with the potential of the Bulgarian tourism from the video films, projected at the big screen at the kiosks od the museum: for sea and mountain vacations, as well as for SPA holidays, for active breaks – adventures, eco and cultural itineraries and so on.

It is expected that the Exhibition will be opened in the presence of the Presidents of France and Bulgaria – Mr. François Hollande and Mr. Rossen Plevneliev, as well as the Bulgarian Prime-minister Mr. Boyko Borissov. 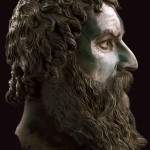 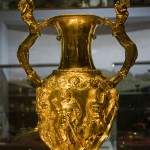 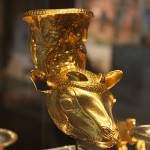