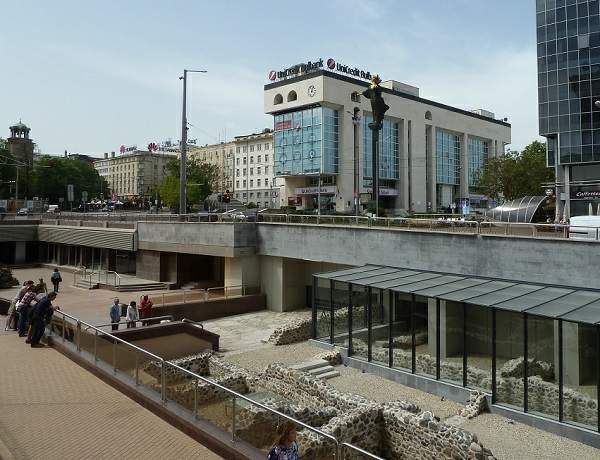 The largest open-air museum on the Balkans opens in Sofia

On 20th of April 2016, on the day of the 140th anniversary of the April Uprising (for the liberation and the independence of the Bulgarians from five Centuries Ottoman domination), the subject of the ancient history of Sofia is on the agenda again. The restored archaeological complex “Ancient Serdica” (old name of Sofia) situated on the capital’s main trade street will be open officially. According to the experts, this will be the largest open-air museum on the Balkans.

In the heart of the Bulgarian capital

Covers an area of 8000 square meters in the heart of the Bulgarian capital, the complex will enable the citizens of Sofia and their guests not only to see but also to walk around the ruins of the ancient city, to step over the authentic 1500-year-old pavement, on which was passed Roman emperor Constantine the Great in the IV century, who said the famous remark: “Serdica is my Rome”.

After the archaeological excavations the two main streets of Serdica – Dekumanus Maximus and Cardo Maximus, which intersect in the subway in front of (the Department Store) TSUM and St. Petka Samardzhiiska church (Church of St. Petka of the Saddlers) are recovered. From “Maria Louisa” Blvd., where Cardo Maximus extends, remains of ancient dwellings, probably belonged to wealthy citizens are shown. A part of the church’s apse that eventually was reached to the Western city Gate nearby the current position of the Catholic church “St Joseph” is also revealed. Around them are made walk alleys and the visitors’ access is free. At the entrance of the “Serdica II” metro station can be seen the antiquities of an early Christian basilica from the last quarter of the IV century and remains of the walls of the II century. Part of the excavated ancient artifacts will be shown in the indoor museum exhibition under “Maria Louisa” Blvd., along with metro station, and an entrance fee for the visitors is applicable.

Between the Council of Ministers and the Presidency buildings, the other part of the complex covered with three glass domes is situated. The street – Dekumanus Maximus, was starting here from the East Gate to the former home of the old Communist Party, now part of the Bulgarian Parliament, and was surrounded by colonnades. They are restored, but only a small part of them is authentic. Just sections of the public utilities are still preserved, underfloor heating housing mosaics too. Here will be arranged a stage which will be used for concerts, theater productions, the acoustics were excellent, and there will be room for almost 1000 visitors. Interestingly, this part of the complex will be connected to the previously revealed territory of ancient Serdica in the subway in the Council of Ministers. Here is situated the map of the ancient city. After a short walk on “Dondukov” Blvd. can be reached the 5-star hotel Arena di Serdica. The remnants of the ancient amphitheater –  scene of gladiator fights are exhibitted in the lobby of the hotel. It is believed that this amphitheater has approached to the Colosseum in Rome by its size – 60.5 to 43 m. It is built in the late III and early IV century during the reign of Emperor Diocletian is extended under the stratocracy of Constantine the Great.

A stone slab with an illustration of gladiator fights is preserved. And another thing: among the ruins at Cardo Maximus, next to the “Banski” square, is situated a section of the Serdica’s baths.

It is known that the Romans differentiated the city around its mineral springs. Not surprisingly, the patron of healing waters Apollo appears on the city’s coat of arms, his statue stands nearby the fountains and next to the building of the former Central bath (now Museum of Sofia) where citizens fill bottles with mineral water and bring it at home.

The Archaeological complex “Serdica” is built with European funds, over 15 million BGN worth. 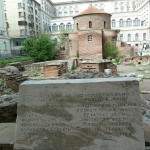 The Serdica’s Roman forum with the “St. George” rotunda built in IV Century 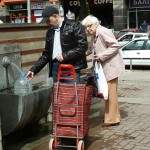 A statue of Apollo – the patron of healing waters 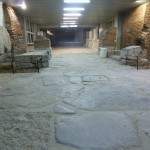 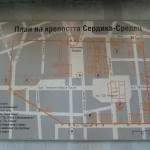 A map of the Serdica fortress 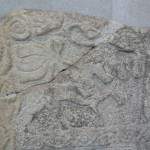 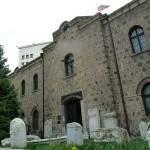 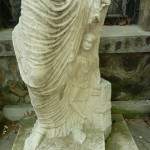 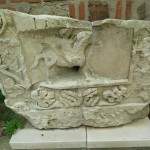 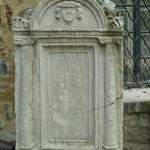 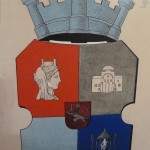 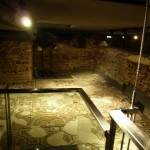 A Roman mosaic of the necropolis under the St. Sofia church 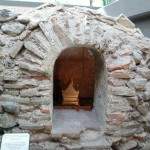 A tomb of the cemetery under the St.Sofia church 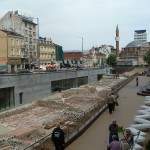 Cardo Maximus Street with view to the Banya Bashi Mosque 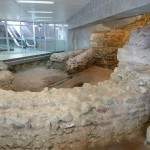 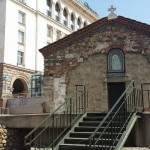 The St. Petka Samardzhiiska church (Church of St. Petka of the Saddlers where Dekumanus Maximus and Cardo Maximus intersect 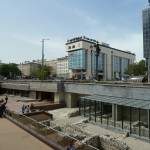 Cardo Maximus Street with view to the St. Sofia church 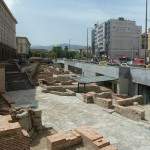 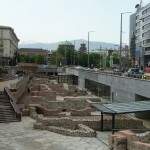 Cardo Maximus Street with view to Vitosha Mountain and the St. Sofia church 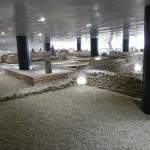 Remains of ancient Serdica under the Sofia’s Largo 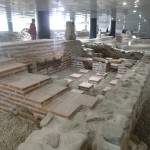 Remains of the Serdica’s baths 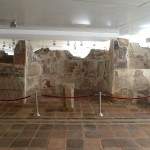 Remains of the Christian church from the XVI century 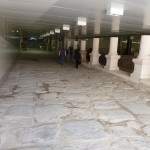 Dekumanos Maximus – the street with colonnades and authentic 1500-year-old flooring. Starting at the East Gate of Serdica (wide 4.60 meters) westbound near the fortress wall

A detail of the apartment’s decoration in Serdika 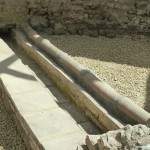 Remains of an ancient water-conduit 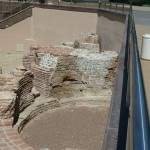 The apse of the early Christian church